Gas sensors are among a wide range of sensors used in various applications from home to industry. Even more recently, in the form of electronic noses( E_nose), their use has been extended to identify those infected with the coronavirus. Sensor behaviour plays an important role in system modelling. Therefore, finding mathematical models which can describe the sensor response with maximum information over time in different environments and situations is necessary. One of the major tasks in this field is mathematical modelling, which has become increasingly complex over time. Unfortunately, most of the proposed equations fail to support actual performance and even make researchers increasingly confused. In this talk, we present brief modelling equations for metal oxides , based on practical observations and logs data extraction. A mathematical equation is proposed to reduce the model parameters according to changes in temperature, humidity, and gas density variation, which helps to simulate the sensor’s behaviour more accurately and, consequently, to draw a better short response.

Title: Applications of Eigenvalues and Eigenvectors in Data Mining

Applied linear algebra methods play an important role in data science. Eigenvalues and eigenvectors are widely used in efficient algorithms for data mining, with applications in dimensionality reduction, image processing, facial recognition, and Internet search engine. In this study, we mainly discuss efficient algorithms in data mining field. Principal Component Analysis (PCA) uses eigenvalues and eigenvectors to re-express data in the form of a small number of actual data points. PCA is widely applied in image compression and facial recognition. PageRank, the Google search engine algorithm, is an eigenvector of a transformation matrix corresponding to the largest eigenvalue. The best solution for the decision vector for network classification is the feature vector of the Laplacian matrix corresponding to the second smallest eigenvalue We proposed a novel 3D-to-2D end-to-end segmentation method - Image Projection Network (IPN), which is used for OCTA image segmentation. Our key insight is to build a projection learning module (PLM) which uses a unidirectional pooling layer to conduct effective features selection and dimension reduction concurrently. By combining multiple PLMs, the proposed network can input 3D OCTA data, and output 2D segmentation results such as retinal vessel segmentation. It provides a new idea for the quantification of retinal indicators: without retinal layer segmentation and without projection maps. Next, I will introduce our improvements to IPN, including how to improve the segmentation performance of IPN and reduce the computational complexity of the network. At the same time, we recently released the largest OCTA dataset, dubbed OCTA-500. OCTA-500 provides 500 OCT and OCTA volumes, six types of projections, four types of text labels and several segmentation labels including foveal avascular zone, arteries and veins, and capillaries. 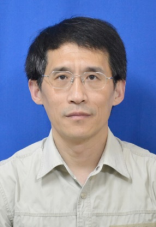 Radio resource slicing is critical to customize service provisioning in fifth-generation (5G) uplink radio access networks (RANs). Using drone-small-cells (DSCs) as aerial support for terrestrial base stations can enhance the flexibility for resource provisioning in response to traffic distribution variations. In this work, we study a multi-DSC-assisted radio resource slicing problem for 5G uplink RANs, with the objective of minimizing the total uplink resource consumption under differentiated qualityof-service (QoS) constraints for both human-type and machinetype communication services.We begin with an interference-aware graph model to formulate the joint DSC three-dimension (3D) placement and device-DSC association problem for uplink radio resource slicing and prove that the proposed problem is NP-hard.A complexity-adjustable problem approximation is presented via screening candidate DSC deployment positions, which incorporates flight height adaptation to balance the uplink communication coverage and resource utilization. A lightweight approximation using a fixed DSC flight altitude is also provided with reduced complexity. Formathematical traceability, the DSC placement and device-DSC associations in each approximation are transformed as a special weight clique problem. An upgraded clique algorithm is then developed to determine how to deploy DSCs for a given number of DSCs. Simulation results demonstrate the proposed scheme's effectiveness in terms of resource utilization, network coverage, and drone dispatching cost.

Guangwei Bai received the B.Eng. and M.Eng. degrees in computer engineering from Xi’an Jiaotong University, Xi’an, China, in 1983 and 1986, respectively,and the Ph.D. degree in computer science from the University of Hamburg, Hamburg, Germany, in 1999. From 1999 to 2001, he was a Research Scientist with the German National Research Center for Information Technology, Germany. In 2001, he joined the University of Calgary, Calgary, AB, Canada, as a Research Associate. Since 2005, he has been a Professor of computer science with Nanjing Tech University, Nanjing, China. From October to December 2010, he was a Visiting Professor with the Department of Electrical and Computer Engineering, University of Waterloo, Waterloo, ON, Canada. His research interests include Internet of Things (IoT), cloud computing, Communication security, 5G communication network and application. He is a Member of the ACM and a Distinguished Member of CCF. 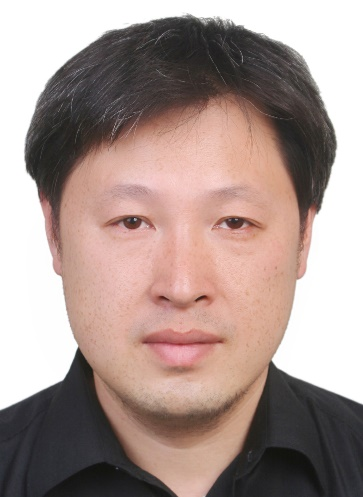 Title: The emergying of Electronic Skin

This presentation will introduces the origin and research progress of flexible polymer sensors for bionic skin. As an important physical interface between human and environment, skin is a natural super sensitive sensor, which converts physical signals such as pressure, temperature and texture into electrical signals to realize tactile, somatosensory and other functions. It has the characteristics of flexibility, multimode, high-density integration and comprehensive information processing. Electronic skin is a flexible electronic device and system of bionic skin. The research in this field crosses many disciplines such as information science, electronics, materials science and biology. It has a wide application prospect in the fields of health detection and intelligent perception.